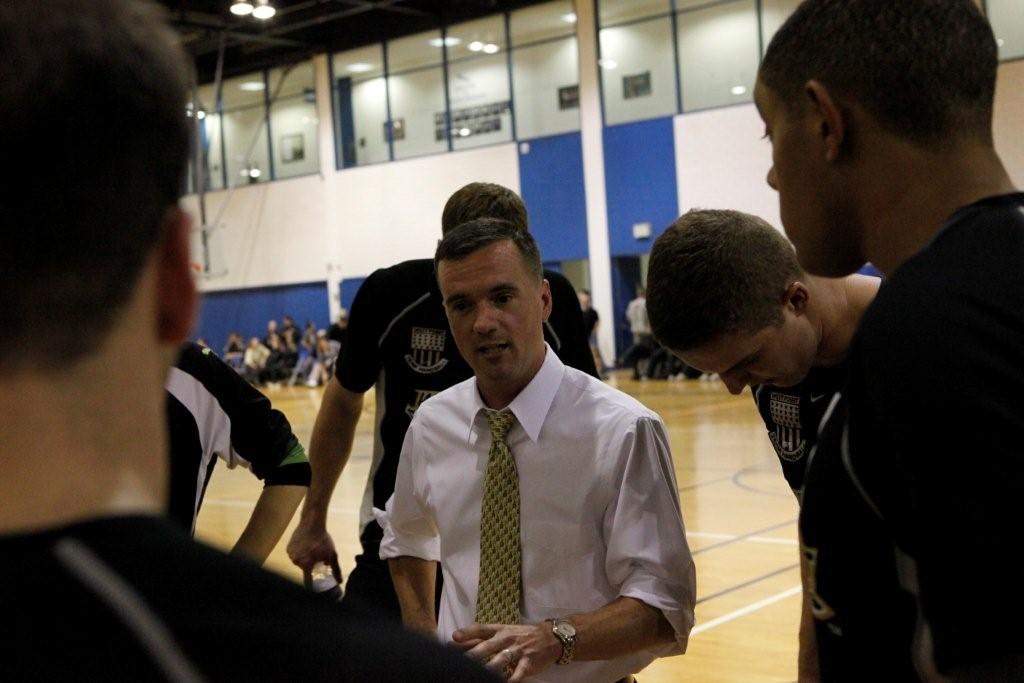 Howdy. This is MAJ Adam Hodges, DPE Sport Educator for Company Athletics Team Handball at West Point. I am a third year instructor in the Department of Physical Education. I've previously been a sport educator for CA Football and Area Hockey. Last year, I was the head coach of the Men's Team Handball Club who won the 2009-2010 Collegiate National Championship. Here I am during a break in the action at the Air Force Academy in Nov '09. Handball is an awesome sport that combines speed, power, and agility. Being big often helps, but is not necessary to be a good handballer. The reason that DPE has revived the sport for company athletics is the intangibles that the game can teach: teamwork, controlled aggression, strategy, and focus. Though the sport is foreign to most Americans, it is hugely popular in Europe, often only trailing soccer as the most popular sport in many nations over there. The game is also popular just about everywhere else in the world except the US. It's been an Olympic sport since 1976. I plan to use this page to highlight the great things that our cadets are doing both on and off the court. 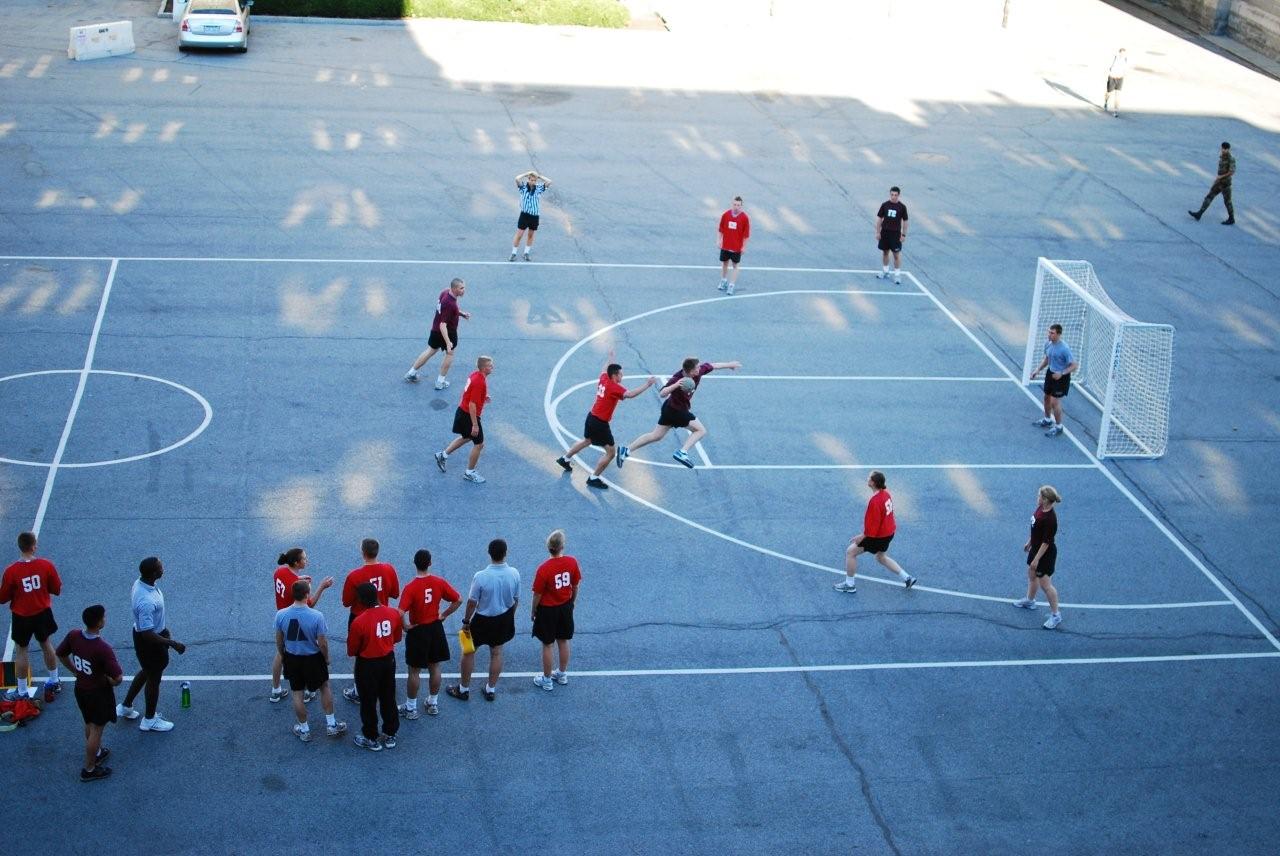 The F2 Zoo displaying perfect offensive spacing. Note how their two wing players have drawn the defense down to the end lines, creating two huge gaps in the defensive line, which a Zoo player has attacked and successfully launched a shot inside the 6m line.