Team Value #3: [Win or Lose] We will always maintain a BFS attitude. We will finish this season strong! 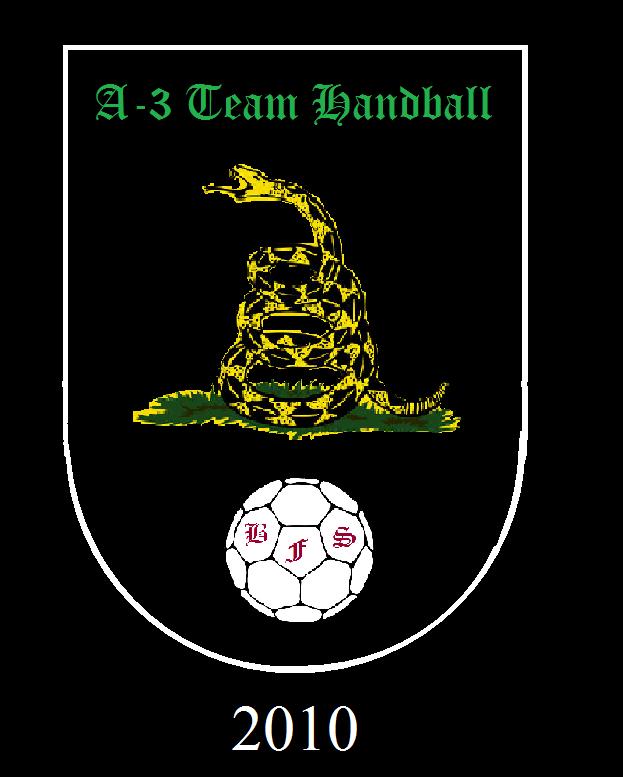 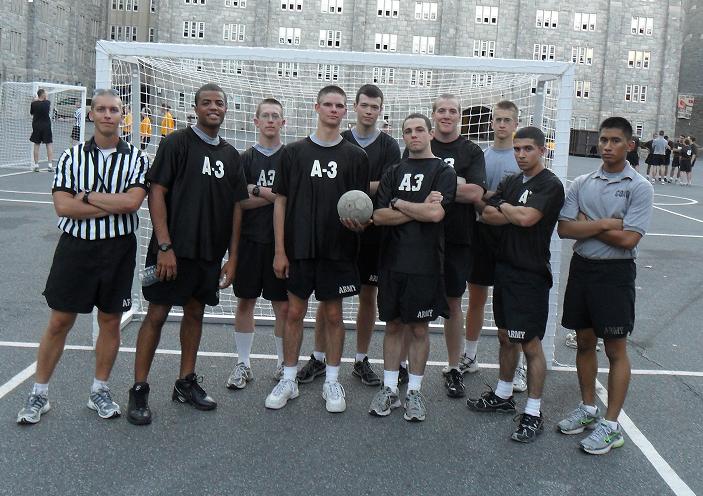 A3THB Core Values:
- Win or Die Trying: This was the motto of the 2005 Chicago White Sox. The White Sox eventually won the world series that year and it was the mindset of "win or die trying" that was the biggest reason for their success. Win or die trying is not about doing anything to win, we're not encouraging cheating. Win or die trying is about playing every game to your fullest potential and never giving up even in the face of your greatest challenges.

- Play with Honor: As cadets at USMA we are expected to live by a code of honor. Honor does not stop when we step on the court. Of course we always want to play hard to win, however we will never sacrifice our honor and integrity to try to win.

Team Goals:
- Become the #1 Team in the Regiment: This is the first year for A-3 team handball, therefore it is important that we build up a culture of winning from the start. We would love to win the Brigade Championship this year but in order to get to the next level we need to focus on being the best in the regular season.

- Increase Our Knowledge and Skill Level: Most of our players have little experience with the sport of team handball, therefore it is our team goal to build up our skill and knowledge continually though out the season.

- Have Fun: Life at West Point can sometimes become draining and stressful. The court is one place where the rigors of daily life at the Academy can go away for 40 minutes and you can focus on something other than homework or WAMI.

14SEP
What teams competed?: A3 v. B3 Scrimmage, with an individual workout preceding the match.

What team won and what was the score?: No Score Just a friendly match

Player of the game?: Thomas Heckman

3 sentence summary of the game: Basically this was a practice scrimmage. This was our second scrimmage of the season and the team looked really strong. Ian Daly and Tom Heckman were easily our work horses in the game. The rest of the team play good team handball as well, we just need to develop more skills and understanding of the game as well as some good plays.

16 SEP
What teams competed?: A3 v. D3 Scrimmage, with an individual workout after the match

What team won and what was the score?: No Score Just a friendly match

Player of the game?: Mel Walker – showed a lot of improvement since the first scrimmage and had some really great underarm goals against a tough Devil goalie.

3 sentence summary of the game: In our third scrimmage of the season we tried out a new weave play that seem to work out pretty well. It did the job in confusing the Devil defenders and we got a lot of open shots. However mistakes in our passing game, is an area that definitely needs to be addressed. We also had a lot of shots on goal except D-3’s goalie was fantastic and blocked a majority of them. The game was called after the first half though because of inclement weather.

Player of the game?: Trip Killinger (Goalie) – He had two crucial blocks in the last minute of the game (one of which was a penalty block) to save our lead and the seal the win.

3 sentence summary of the game: In our first game of the season we faced a very gritty and tough E-3 team. A-3 went up early with and ended the first half with a commanding 11 to 6 lead. E-3 would come back big in the second half of the game eventually trying us 17-17. A late penalty by the eagles with only minutes left in the game put A-3 ahead again and a goal by Ian Daly put us at our final score of 19. The anacondas held true to our first team value which is “Win or Die Trying”

22SEP
What teams competed?: A3 v. F3, aka “Maroon Thunder vs. The Black Shirts” 2nd game of the season

Player of the game?: 2 players of the game, Shawn Sororian – came off the bench in the second half with aggressiveness, had a beautiful steal and fast break for a goal. Stephen “Scuba” Semmelroth came off the bench and was a defensive stud, he had several forced turnovers including a textbook wrap up for a turnover.

3 sentence summary of the game: The 2nd game of the season started off slow for the Anacondas, in the first half F-3 kept up pretty much goal for goal with our play on the court, the score at the half was a 1 goal lead by the Anacondas 9 to 8. A-3 would pick it up in the second half with great defensive play which led to several turnovers. In the end the Big Snakes put the F Troop in a stranglehold and never looked back. I attribute our win to out hustling our opponent.

26SEP
No contests; our game was rained out. Instead of holding practice in the rain, the team and I took a breather and we had a rules refresher, I introduced them to some new offensive and defensive strategy, and we went over what to do in case of injuries on the court. We also discussed strengths and weakness in our play and ways to mitigate our shortcomings. We also talked about how we are going to beat possibly stronger and more athletic teams when we meet 4th reg in the playoffs because we anticipate taking 3rd reg.

04 OCT
Games were rained out once again to inclement weather. That didn't stop the big snakes from going out on the court to practice some plays and scenarios. We mostly held to a 4 on three scrimmage because we were missing a player. I found new talents in some players like Paul Strein who has an awesome shot from the far right side of the 6 meter as well as Matt Crocker who showed talent as the 2nd goal keeper in the scrimmage.

OCT 10 -27
First of all let me say sorry to all the fans of A-3 Team Handball who were expecting detailed Victory Reports from our showdown with G-3 and our performance in Battalion play, but this coach had about 3 Thayer weeks in a row so I hope you all will understand. Here are the detailed summaries from the last four games we played.

vs. G-3 (loss)
In a game that had been delayed significantly due to inclement weather for what seemed like months, the Anacondas came into the game significantly shorthanded against an improved Gopher team. The Anacondas showed up flat with no drive in the first half but the Gophers matched us goal for goal. In a game that could have gone either way due to referee calls, with a minute left in the game and the anacondas down 1 goal G-3's coach made a heads up play and called for a time out thus killing the clock and handing the Big Snakes their first defeat of the season.

vs. H-3 (win)
After a heartbreaking loss to G-3, the Anacondas once again were shorthanded going into the game against H-3. With two of our top shooters gone I entrusted this game to standout plebe starter Thomas Heckman and the ever scrappy Scuba Semmelroth. The game was a dog fight in the first half with H-3 only being down by a goal by the half. However with the return of our big shooter Ian Daly in the 2nd half from taking the AFAST the Anacondas quickly extended our lead in the second half and never looked back. It was a great bounce back win from our game with G-3.

vs. B-3 (loss)
With 2nd Battalion games behind us the Big Snakes walked into Battalion play with a showdown with now #3 ranked B-3. Once again we were without the services of our top shooter Mel Walker who out all week. A-3 came ready to played an amazing first half and kept the game within reach. In the second half sloppy play and the strength of B-3's bench proved to be overwhelming for A-3 as B-3 outplayed and outscored us near the end of the game. The battle for the battalion was over and A-3 came out on the wrong end.

vs. C-3 (win)
After a game where everything that could go wrong, did go wrong, the Big Snakes were back at full strength for the first time in a few games. A-3 was running on all cylinders this game and to my satisfaction every one of my players put the ball in the back of the net at least once. All in all a great victory heading into our last regular season game with the Devils.

NOV 2
What teams competed?: A3 v. D3, aka “The Gun Fight at the O.K. Central Area” Last Regular Season Game.

Player of the game?: Paul Strein had a great game coming off the bench and putting up some good numbers.

3 sentence summary of the game: It was a chilly game for the last regular season game especially, and it showed with the big snakes who came out cold in the first half. Luckily we heated things up in the second half to finish off the regular season strong heading into our wild card match against G-3.